Healthcare costs continue to spiral upward for employers, and the traditional way of insuring medical stop-loss insurance — which helps companies manage financial risk from catastrophic medical claims — may no longer be adequate.

Over the past five years, catastrophic medical claims have grown significantly in size and frequency. In fact, medical stop-loss carriers reported a 9% increase per year in medical stop-loss claims at or above $1 million, and a 31% increase since 2017.* A $1 million claim from just a few years ago can easily now cost $3 million or more.

In turn, medical stop-loss insurance costs have skyrocketed, at the same time as carriers have increased rate caps and the use of lasered claimants — a practice in which individual participants with known claims or specific conditions are assigned a higher deductible than the rest of the group.

Medical costs are rising at a staggering pace. Many factors have fueled this increase, starting with the removal of annual and lifetime limits in employee-sponsored group health plans through the Affordable Care Act, compounded by the increase in complicated lifesaving treatments, longer inpatient stays, and increases in the number and cost of specialty drugs. Unsurprisingly, increases in healthcare claims translate into more costly and more volatile medical stop-loss insurance — regardless of the company's claim history.

Why add medical stop-loss to your captive?

Reason #1: Expand the utility of an existing captive.

Bringing medical stop-loss into a captive can help companies both expand the utility of their existing captive and help balance volatility by bringing uncorrelated risk into the existing captive with different payout periods than the captive's existing exposures. Medical stop-loss is a short-tail exposure, while general liability and workers' compensation, for instance, are long-tail exposures. Balancing short- and long-tail exposures as well as writing non-correlated risks adds stability to a captive.

With medical stop-loss in a captive, organizations have a centralized repository of enterprise-wide risk data, which helps them better understand and mitigate those risks. This timely data enables companies to analyze how their claims programs are working and make adjustments as needed during the same plan year. This information can be particularly important for decision-making related to prevention and wellbeing programs, and measuring the effectiveness of those programs

What is a captive?

A captive is a licensed, regulated insurance company owned and controlled by its policyholders that is designed to provide insurance. The captive manages a loss fund; accrues investment income on premiums; pays losses to policyholder from loss fund; and returns underwriting profit to shareholders. These are the same functions that commercial carriers perform, but it's common for mid- to larger-sized companies to self-fund insurance by forming a single-parent captive. Captives traditionally are formed to handle property and casualty coverages; however, they can be used for a range of additional insurance purposes, including medical stop-loss.

What is a laser?

Lasering is a common stop-loss practice where an individual is assigned a higher specific deductible than the rest of the group, based off known claims or specific claims.

Is financing medical stop-loss through a single-parent captive a fit for my organization? A checklist:

Unlike with traditional stop-loss policies, in a captive, a favorable loss experience — i.e., lower claims — in a given year accrues benefits to the self-insured employer, not to the stop-loss insurer. Therefore, funding medical stop-loss risk through a captive enables companies to offset future costs, use the returns to enhance benefits, or distribute as dividends. Some companies choose to reinvest the returns in their companies.

Employers who buy or finance stop-loss through the traditional market often set their specific deducible at a level to mitigate volatility on an annual basis below their typical risk tolerance. Sophisticated captive owners segment their health plan risk into predictable annual claims, less-frequent claims that are still within their risk tolerance — i.e., one in every three or five year claims — and then catastrophic claims above their risk tolerance. Using a captive to fund these less-frequent claims affords employers the opportunity to increase their deductible and lower insurance costs, while still reducing the impacts of volatility on their health plan.

Funding a layer of medical stop-loss into an existing captive enables employers to increase their retention while minimizing volatility on their balance sheet. At the same time, they can better understand and mitigate enterprise risk, share in the profits when losses are below expectation, and design a benefit plan that enhances their ability to recruit and retain top talent. 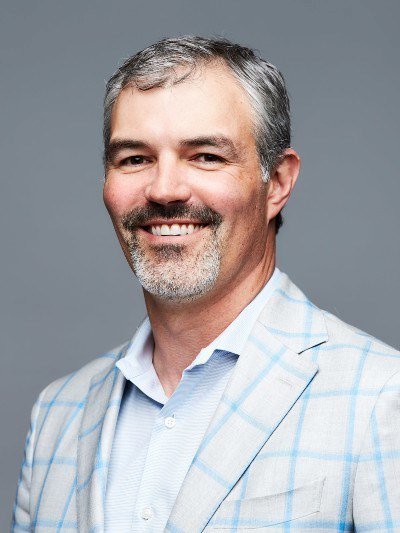